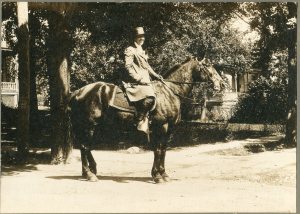 On this Veterans Day it was difficult to choose a subject from the many stories of service to our country by Duxbury’s men and women. Much has been written about our brave soldiers, so I thought I would shed light on a woman, Annie Laurie Williams. Williams was a dedicated Red Cross nurse who served in the Eastern European theater at the end of the first World War. 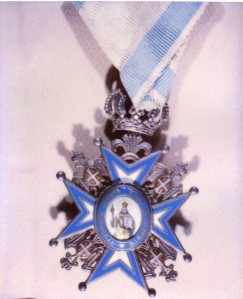 She was born in Rhinebeck, NY in 1879 but spent thirty-nine years in Duxbury so I think we can claim her as one of our own. When WWI broke out, Williams was already an established aid worker. She had served as matron on Ellis Island and as a nurse in its hospital. [1] Nothing she had witnessed helping the immigrant poor in New York, however, would have prepared her for the hardships she faced in war torn Europe. In 1919 she was sent to Siberia to assist with refugee children displaced by the Russian Revolution. While there she lived in a box car apartment and experienced temperatures 73 degrees below zero.  In Omsk, a town in southwestern Siberia, she had a run in with a Russian soldier whom she punched in the jaw twice when he attempted to enter a railroad car of female refugees. [2]  Williams came home to the US in 1920, but returned to Europe the following year to assist with orphan relief in war ravaged Serbia, establishing clinics and nursing  children.  For these efforts she was awarded a medal of the Order of St. Sava by the Serbian king, Peter.  During her Red Cross tenure she also received a medal of merit by the Serbian Red Cross and a silver belt buckle from Russian Cossaks.

In 1922 she settled down to a quiet life Duxbury – census records show her renting for a time on both Washington and Harrison Streets. She worked as the school nurse for many years and also taught basic first-aid. Each year she rode in in the 4th of July parade and was an honored participant in Duxbury’s Tercentenary celebration in 1937. The Drew Archives has a wonderful album she created of photographs and memorabilia from this year-long event.   Annie Laurie Williams died in 1961, at the age of 82, in the Jones River Nursing Home in Kingston. She is buried in the Mayflower Cemetery.

The Duxbury Rural & Historical Society gives thanks to all the men and women who have served our country.